Linda Bijtebier is accredited by the International Institute of Medical Qigong (IIMQ) to train practitioners in the medical Qi Gong technique of Prof. A.J. Johnson.

Practitioner Certification in Medical Qi Gong, validated by the International Institute of Medical Qigong, founded by Professor Jerry Alan Johnson.
Learn to heal with the Qi (vital energy) maintain and feel with body, perceptions developing, grow, make and lead the Qi, purify the mind through introspection, clarify its intent and cultivate benevolence.
Training to train therapists in the use of vital energy according to Chinese ancestral techniques. Practicing Medical Qi Gong according IIMQ is growing its energy through the practice of Qi Gong movements and meditation, Advisor Qi Gong practices adapted to health problems and learn to handle the vital energy to rebalance oneself and others.
The course is open to all and lasts 1 year, 4 in 5/6 days of modules constituting the level 1.

Please NB: You are not committed to do the whole year. You can sign up for the first 6 days as a taster, then you can decide if this course is the right direction.

The training can then continue on 4 levels. For more information, contact us: info@academ.nl

The Spirit of Training

Medical Qi Gong is one of four branches of traditional Chinese medicine. Qi Gong has its deep roots in shamanism. In history it involves the refinement of Taoism, then by that of Chinese medicine. Indeed, it is mentioned in the oldest classic and is still practiced in Chinese hospitals – it is the exclusive tool of some. It is a therapeutic tool of great power, but also of great demand, since requires constant refinement of the therapist, which is the same tool technology. This body commitment, energy and psychic therapy often allows the patient to move into its depths.
Although the purpose of the IIMQ is to enable students to 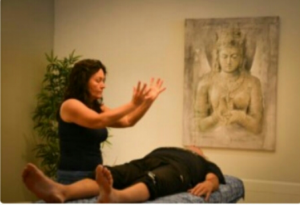 acquire the theoretical and clinical knowledge to be an accomplished practitioner of Chinese energetic medicine, it does not stop there. The program develops an analytical approach as intuitive to put the body, energy and spirit to the clinical effectiveness of service. The program involves a personal development work: by healing oneself, one can understand how to heal others. The focus is on the development of its true nature and understanding of human nature.

The course was originally created in 1985 by Professor Jerry Alan Johnson, who founded the International Institute of Medical Qigong (IIMQ) to educate the Chinese medical students to the various esoteric Taoist healing methods. Some medical Qi Gong techniques taught by Professor Johnson today are unfortunately banned in China by the authorities, which motivated him to set up an internationally recognized training. For over 27 years the IIMQ formed Westerners in Chinese energetic medicine and currently has hundreds of graduates who run clinics in the United States, Bermuda, Belgium, Brazil, Canada, Guatemala, Ireland, Sweden and the UK. Professor Jerry Alan Johnson is now retired and no longer Teaches, although he still contributes to the spread of medical Qi Gong worldwide through conferences and management associations.

These courses are designed on the model of Qi Gong Medical College of the University of Traditional Chinese Medicine Hai Dian, Beijing, China. The IIMQ is internationally known for maintaining the highest standards in medical education and clinical Qi Gong therapy. Due to the high quality of its standards in early 2005 the Chinese Ministry of Health has recognized Dr. Johnson and IIMQ as achieving and surpassing Chinese standards with regard to academic and clinical training of medical Qi Gong. The successes of the Institute to provide an academic and clinical training were also recognized by the medical Qi Gong department of the hospital Xi Yuan (Beijing, China) and the University of Traditional Chinese Medicine Henan (Henan, China).

Already during pregnancy, the formation of the five elements occurs. Each element is linked to a main organ and to a secondary organ.

The elements are Wood, Fire, Earth, Metal and Water.

The healthier the mother is during pregnancy, the stronger these elements will be in the child.

Each organ bears an emotion, a psyche and a virtue.

The liver carries the emotion of anger, the liver shows you your path, virtue is love.

The gallbladder lets you take steps. For example, if there is a less developed wood element, it may be that the child or the person will get complaints later in life. For instance, deteriorated vision, jaundice, aggression, depression, …

The heart carries the emotion joy, with which you are born, but surviving brings imbalance in this emotion. The small intestine brings clarity to what is right and wrong for you. Imbalance in fire element can cause symptoms such as heart problems, relationship problems or intestinal symptoms, such as undigested food in your bowel movements.

The spleen stands for confidence and your stomach to process stimuli from inside and outside. Imbalance in the earth element can lead to diabetes, obesity, fretting…

The lungs stand for justice and self-respect, the large intestine for release. If there is a less developed metallic element it may be that later in life symptoms arise such as asthma problems and setting boundaries ….

The kidneys represent your wisdom and your will as well as your ancestral information and your primal power. The bladder is about letting go. If it does not function properly, complaints such as hearing problems, hair loss, bone problems and / or anxiety symptoms can occur.

During the training you can go explore it in yourself. You can feel them, express and heal. When you have discovered it in yourself you can easily see it in others. You get taught the healing to later be able to work with your client. In the healing you will learn to work in the aura, the energy fields around the body, you will also work in the body.

For this purpose, several tools are learned and provided with, and sufficient training together. 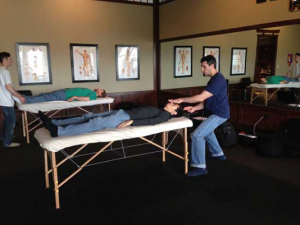 It comprises essentially the practice of releasing of Qi with the movement of Qi Gong. A theoretical basis of Chinese medicine applied to the medical Qi Gong will also be taught, as embryology, physiological and energetic anatomy, the five movements, etc. …

The Training is intensive with, for 5 to 6 days, often from 7.00am teaching all day. After a morning practice Qi Gong, theory, practical exercises and care are linked throughout the day.
When each session ends, Linda can answer questions by mail to support and be guided in your practice between two courses.

The Medical Qi Gong practitioner course will first lead you to increase your own vital energy (Qi) through Qi Gong and meditation exercises. Releasing energy in a focused way, by manipulating the energy to tone, purify and balance. Then awaken the students’ feelings to the vital energy of another person, before learning to restore energy balance.

Working on vital energy and to treat others involves being clear with yourself. And personal development work allows you to see the childhood traumas, as well as mechanisms of survival and responsiveness to better understand the belief patterns that underlie our psyches. Growing recognition of things in themselves, the more one is able to see mirrored in the other, and possibly accompany a cure.

The Practitioner Qi Gong Medical (MQP) occurs on these dates:

MQ P1 (54h). The first 6-day course is designed to introduce students to the foundation of therapy in medical Qi Gong. Medical Qi Gong exercises including studying to maintain health, heal the body, calm the mind.
MQ P2 (45h). The next 6 days will go more in depth about the medical Qi Gong basic protocols for treating patients.
MQ P3 (45h). The Third 6 days go further in the advanced theories of purification, toning, harmonization and development of energy, in addition to exercises and meditations used clinically as Qi Gong Medical prescriptions.
MQ P4 (54h). The Fourth 5-day course introduces students to the theories and clinical treatment modalities of internal organs.

Only the MQ P1 is open to all. Each level is validated by a certification that enables progress to the next level.

The courses of this curriculum is based on teaching materials described below, more specific equipment classes. Beyond the theory is primarily a curriculum that allows you to experiment medical Qi Gong in practice supervised by experienced teachers. 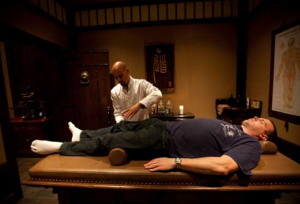 There are no prerequisites for this first level of certification. It is open to beginner. Certificates will be issued to students who have successfully completed courses P1 to P4 (200 hours).

The Clinical Skills Assessment examinations in 2nd year (MQT). To validate the level of therapist in Medical Qi Gong (MQT) certification exam will be written, oral, and practical.

Examiner will be Dr. Linda Bijtebier.

This 2nd year examination will obtain a valid certificate.

For information about the therapist profession, we remind you that in Europe alone and France recognizes only medical or paramedical examinations as legal to exercise care. All other categories of therapists can exercise more often as part of a legal vacuum. As part of the practice of Chinese medicine medical Qi Gong, has the advantage of not using physical acupuncture needles.

“We hope that through these teachings we can support and inspire our students and patients to live in harmony with their true nature and use their talents to maintain balance in their lives.” Professor Jerry Alan Johnson 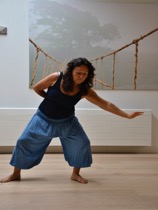 Founder and director of a center for Qi Gong Medical and psycho-body therapy in Holland. Trainer in mind-body therapy for 20 years. Medical Qi Gong trainer for 2 years.

The diversity of skills and knowledge form the richness of her approach to care. The use of methods such as Medical Qi Gong, acupuncture, Chinese medicine, breathing techniques and a working family systems approach.

Through much care, Linda stimulates the self-healing ability. She is aware of her patients’ responsibility for their happiness by helping them discover their psychological patterns and becoming conscious of the limiting realization of their qualities.

Doing this work gives a view of life leading you to be in the work, in full presence and with all your heart.
Linda gave birth to five children who are the most precious reflections of his life. 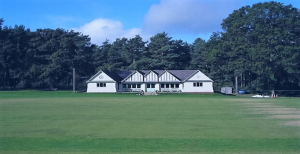 Training will begin in Berkshire and as we grow and possible attendance will expand, then we will be moving to another residence in the lush hills of Guildford.

Close to here are Bed and Breakfasts. There is a list of a few local B and B’s.

The fee for the training does not include your stay in a Bed and Breakfast. However it does include Breakfast, Lunch and Dinner. The cost of the total training to become Medical Qi Gong Therapist will be spread over 4 parts;

The cost of training is £1250 per each part. (including all meals, excluding accommodation costs) can be arranged to make payments in instalments over one year.

To engage in training, it is necessary to pay £520 registration fee and monthly instalments over 12 months, or three times, by transfer to Linda Bijtebier.

The exam fee for obtaining the certificate during the 2nd year (T4) will be £210.

Prices are subject to change. These may have been revised.

Do not hesitate to contact us for any payment difficulties

Signing up for the Medical Qi Gong Practitioner Training

Signing up for the Medical Qi Gong Therapist Training

We use cookies to ensure that our website runs as smoothly as possible. If you continue to use the website, we assume that you agree.Yes, I accept cookiesRead more